The Gateway to Dinaric Alps Soaring
For the upcoming Grand Prix Series 11 2022 which will be held in Livno, I want to introduce you with this short introductory text about the area with many photos which will mesmerize you and bring this area to light for future soaring camps in Europe, the Balkan Peninsula is just coming to light for its soaring conditions.  Aside from the mountain ranges of the Alps throughout central Europe, Apennines in Italy, Pyrenees to the West, there is also the Dinaric Alps, just starting in West Slovenia with smooth hills and spreading out towards the Southeast with higher and longer mountain ranges and ridges and large valleys between them, all the way to Albania where the Alps become more prominent high and “sharp” ridged. The area has beautiful lands, rivers and lakes throughout the area.
Livno “Brda” Airfield (LQLV) is set right in the middle of the range, opening the doors towards Dinaric Soaring. 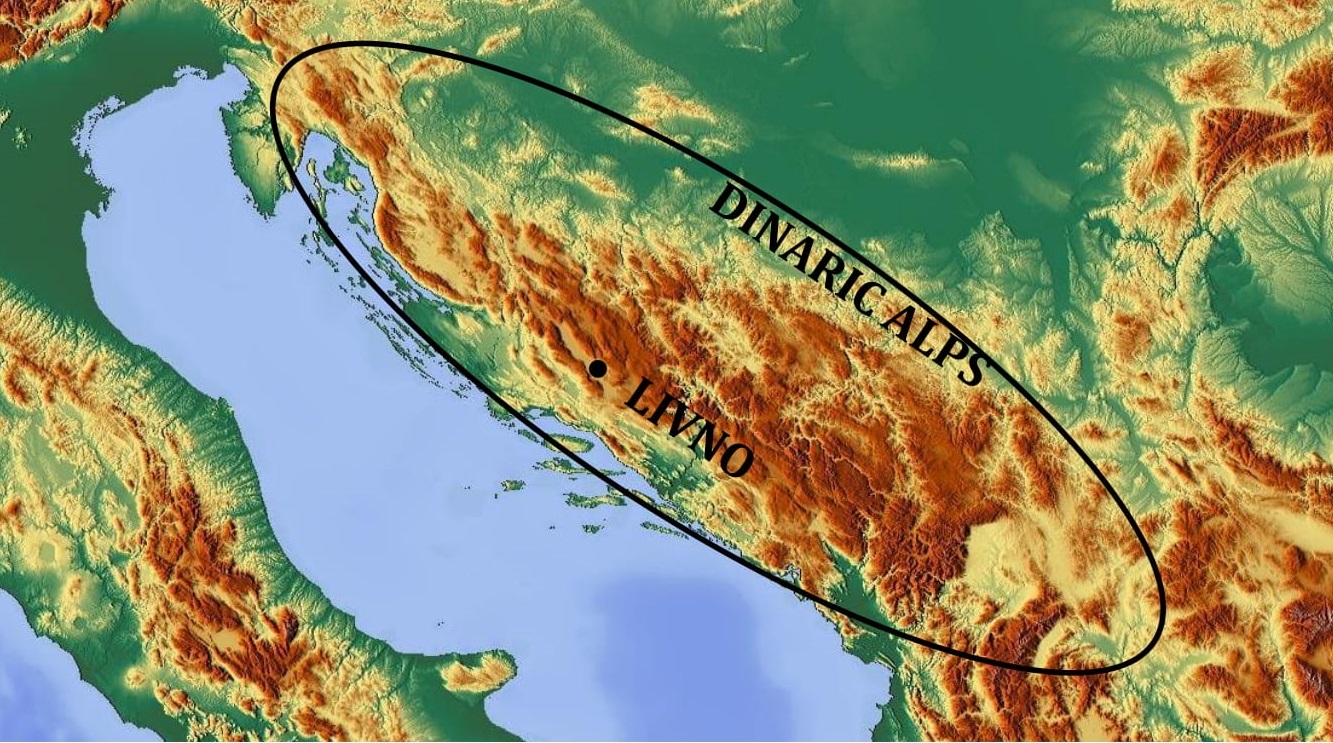 Livno flying history begins in the WW2 era where it was a small Partisan military airfield. After WW2 the airfield got “lost”, overgrown by bushes, eradicated throughout time. After WW2 as gliding sport became more and more active throughout Europe, near the same area of the former partisan airfield, frequent glider camps were organized by other aeroclubs (Aeroklub Sarajevo, Mostar, Split, and Banja Luka) every year because of good soaring conditions.
Aeroklub Livno formally exists since 1984 as a aeromodelling aeroclub, even though on its lands various flying activities where organized by other clubs, it took some time before Livno was able to organize its own Aeroklub. 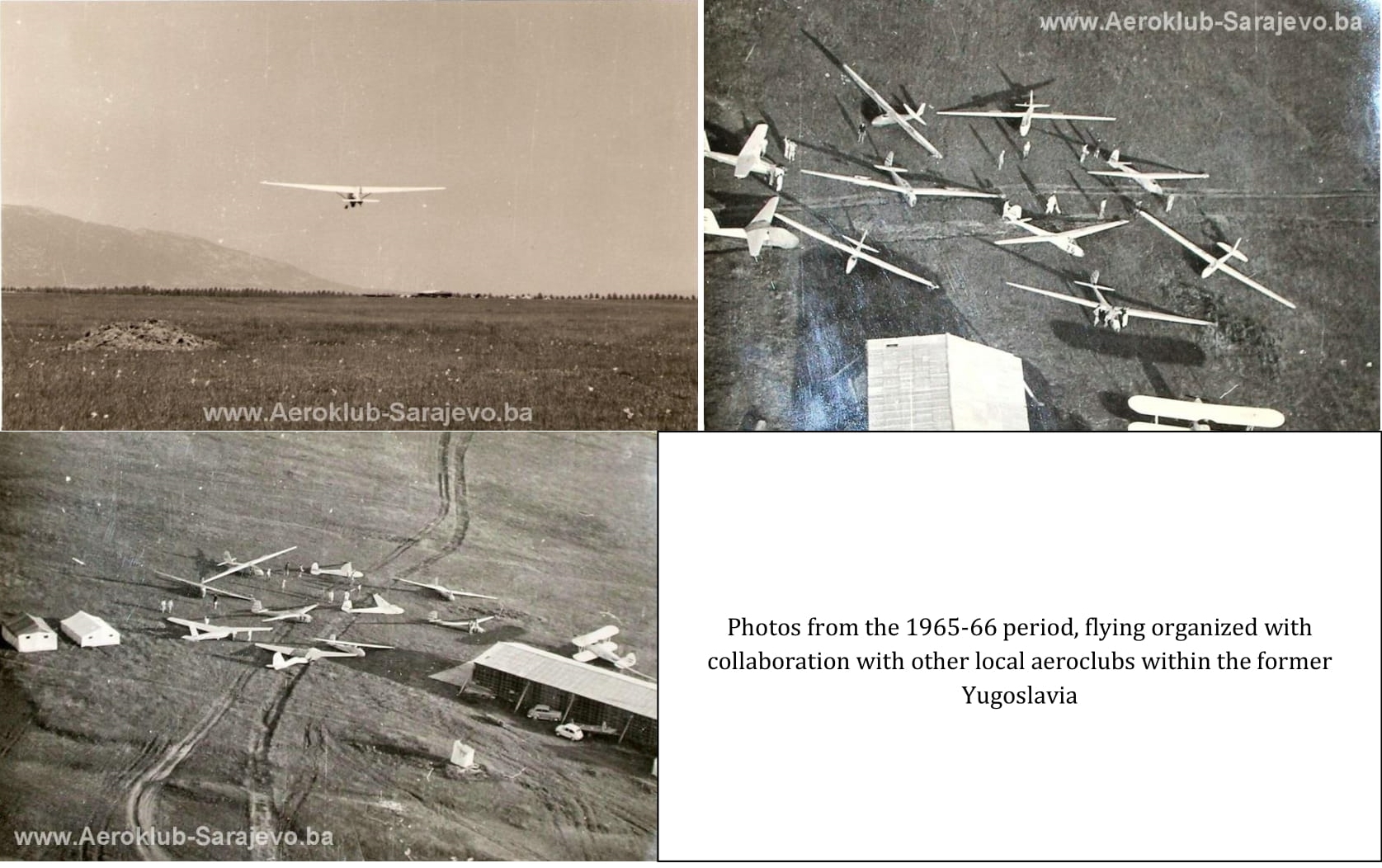 The Aeroclub today has around 20 members, and with their work and commitment flying activities are organized, aircraft are maintained and help the positive progress of the airfield. World aeromodelling cups where organized in Livno in the 80s and 90s.

Under the vision of Stipe Krišto, in 1997 the airfield got a makeover, new hangars being built, new runway surfaces were set up, all for more serious flying and the beginning of modern glider soaring in the area. Gliding Cups and summer soaring season where organized since 2010, and slowly but surely the interest of the airfield has been rising due to its amazing soaring weather, nice people, atmosphere and beautiful nature all around the area, attracting many people. With help of the EU and the local government the airfield got its second makeover, with a new hangar and asphalt runway, making it possible throughout the year to fly. 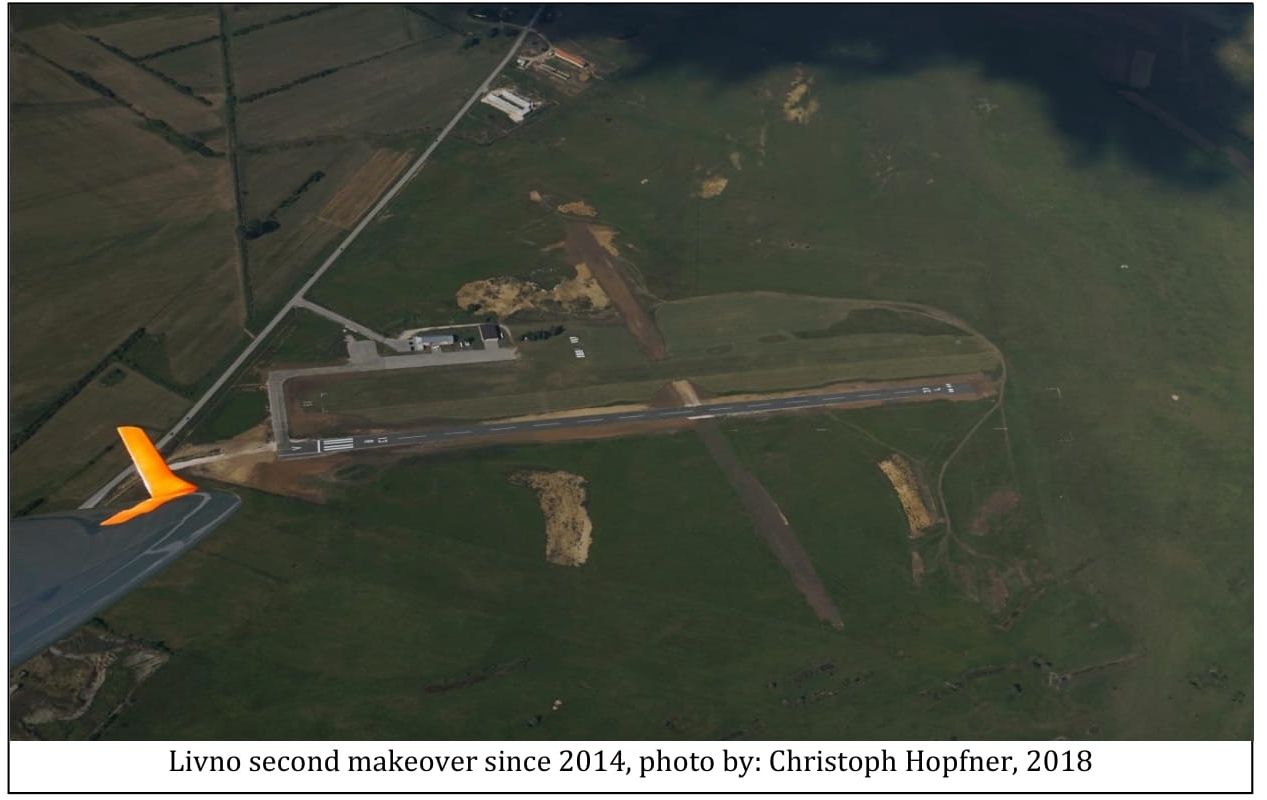 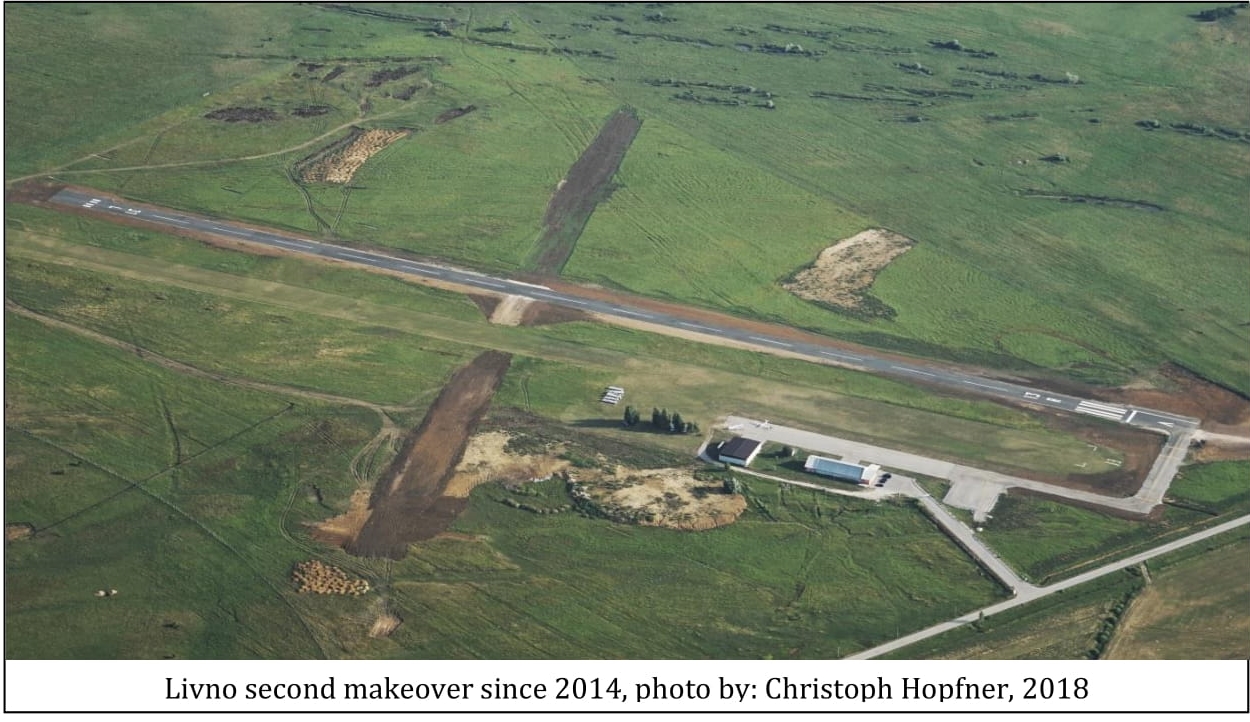 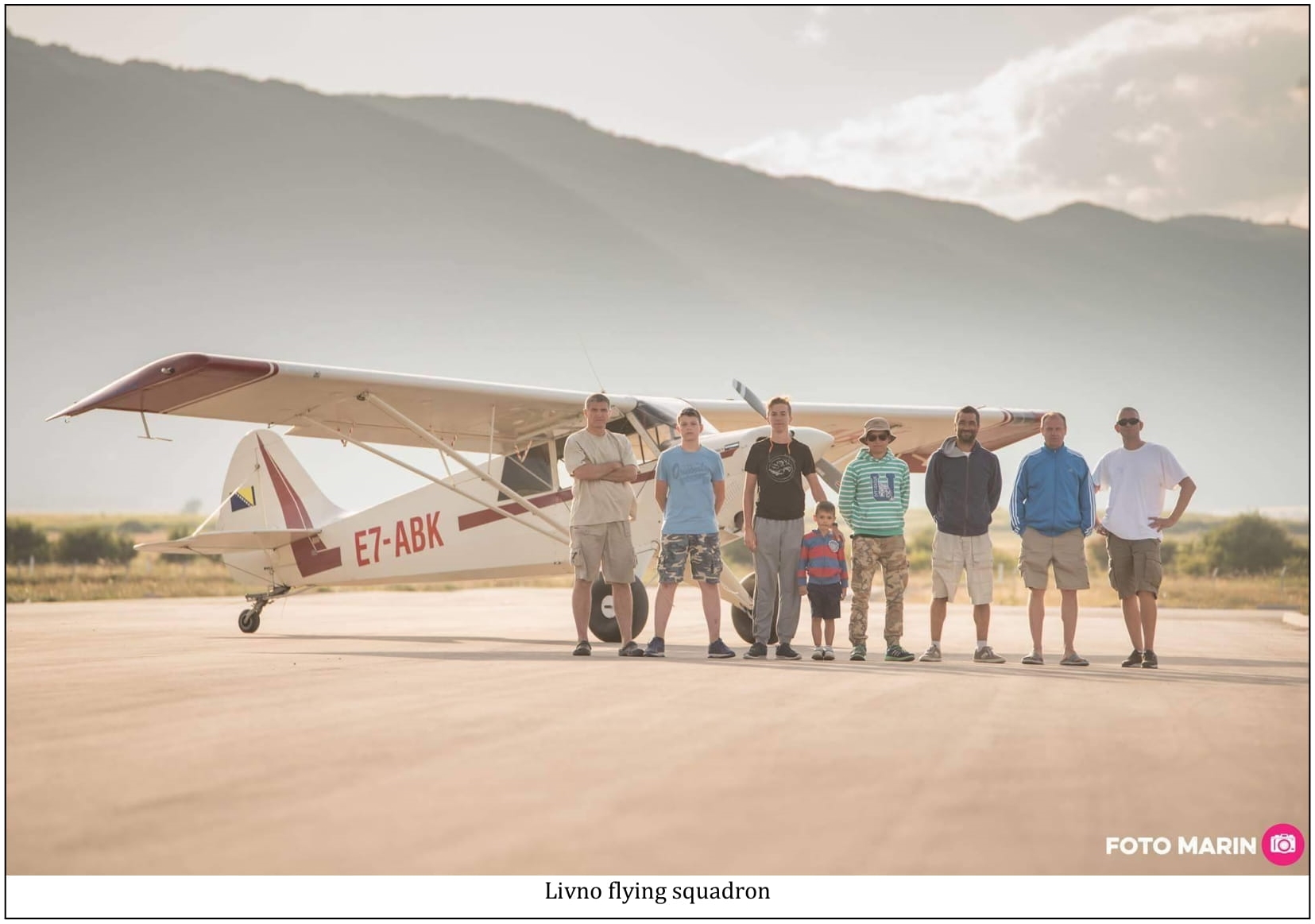 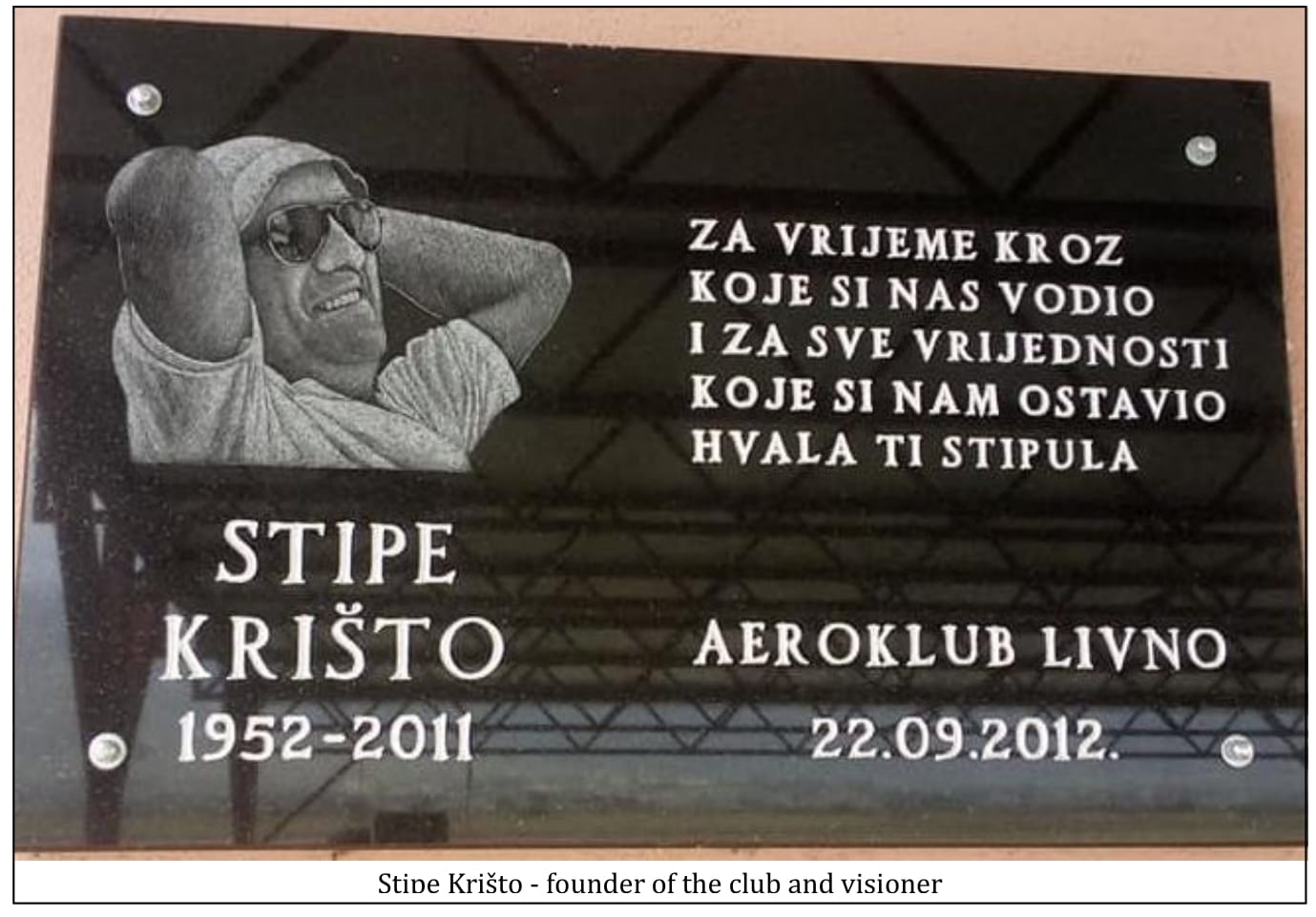 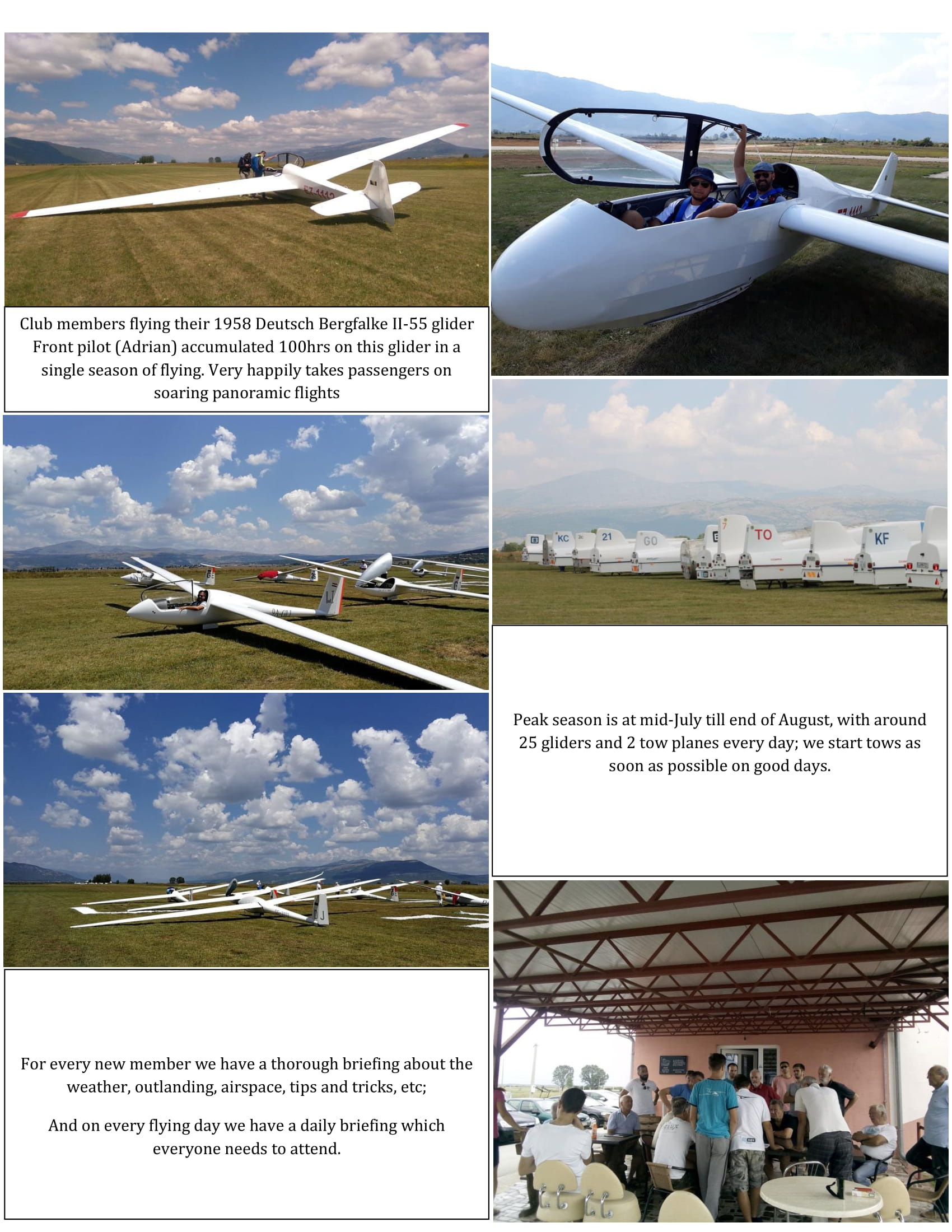 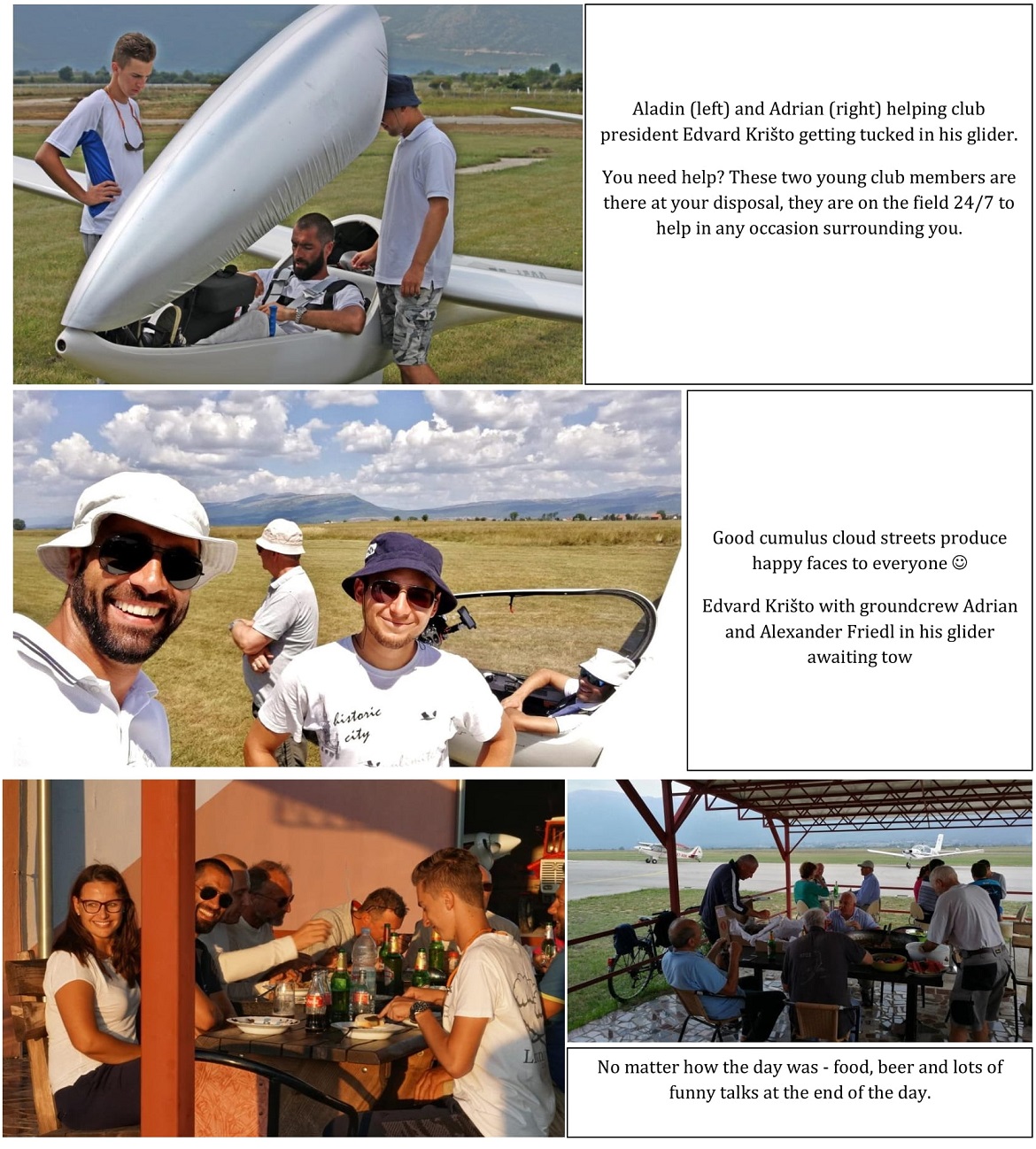 Livno is situated on a 700 meter high grassland plateau “Livanjsko Polje” just next to a 60km long 1800m high ridgeline. The land type where Livno is situated is a mixture of Dalmatic lands towards the south, Herzegovina lands spanning from Southwest to the far Southeast, and Bosnia land type from the Northwest to East of Livno. All of these lands have different vegetation and microclimates. The climates meet together in one line during the summer. 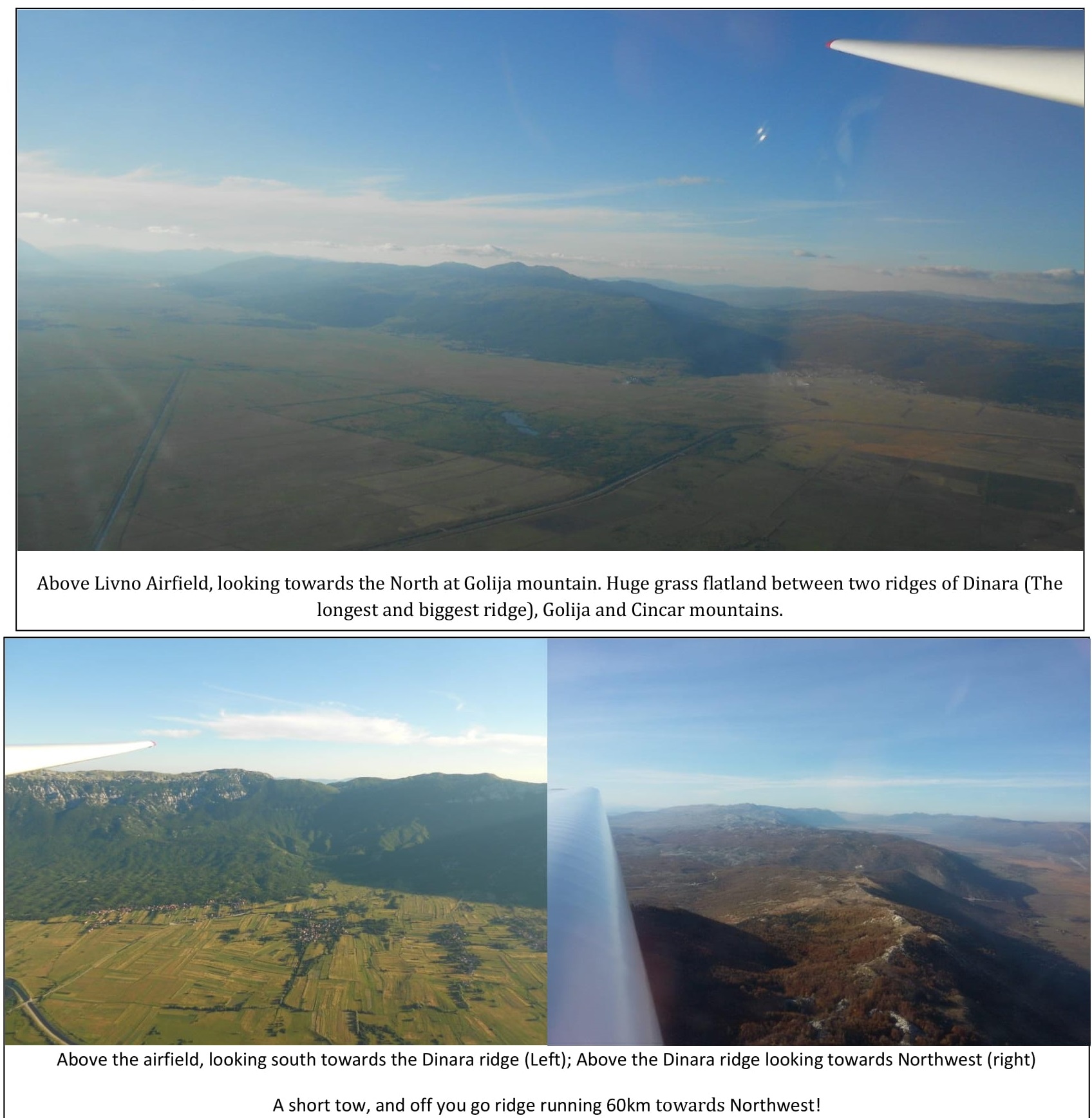 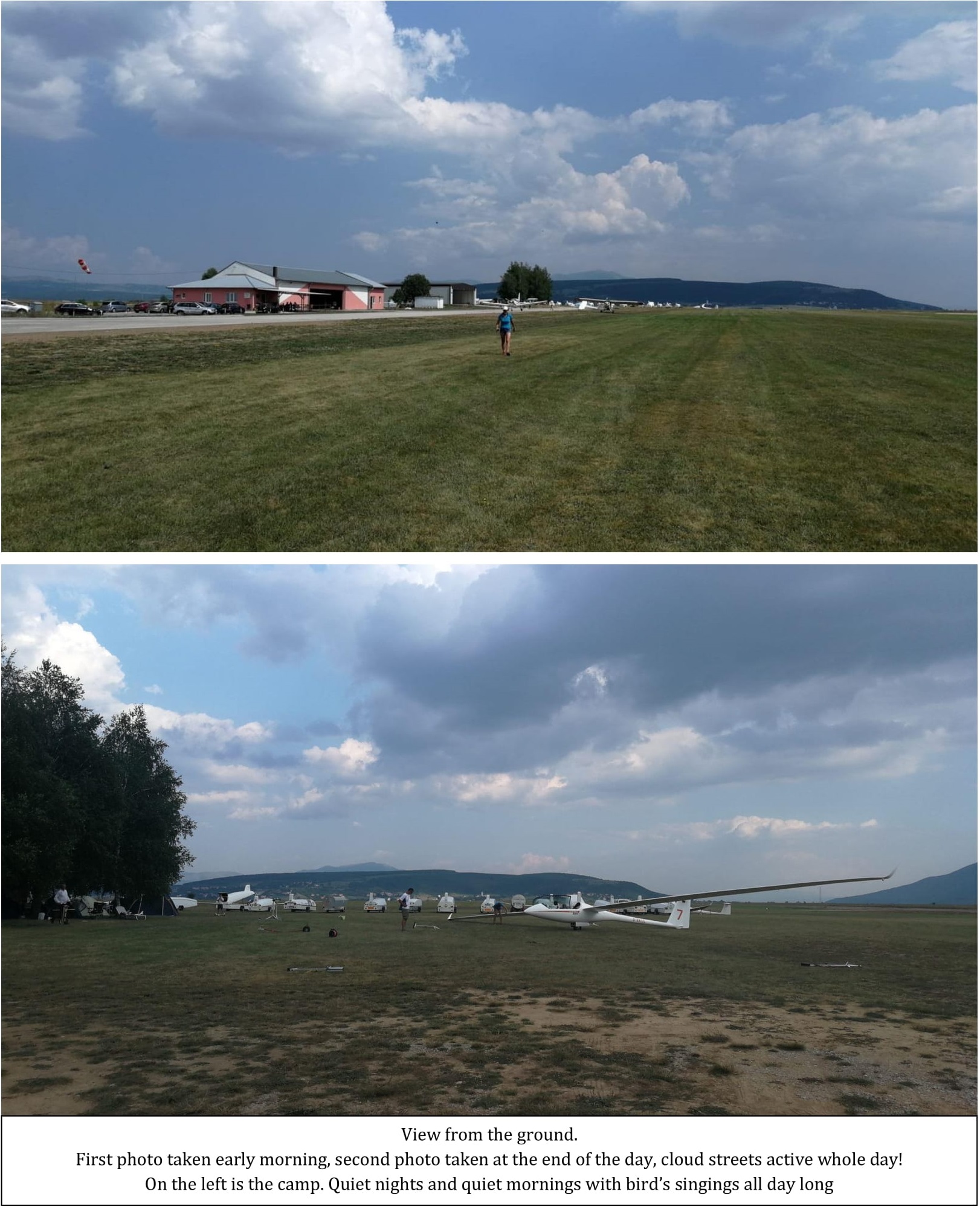 The weather is quite interesting in this region. For the Apennines, which is just across the sea towards the southwest, it has a strong Mediterranean, Adriatic influence throughout the whole area, while here in the Dinaric Alps, because of its position there is a constant mixture of continental climate and Mediterranean- Adriatic climate spanning right on the Alps  Northwest – Southeast direction. This soaring highway is just situated above Livno. Most notable winds are the “Bura” North-Northeast winds which is perfect for ridge and wave flying, and South “Jugo” winds originating from the Sahara, which provides, depending on the day – waves, strong 5+m/s thermals up to 3300m, cloudstreets up to Albania. Not to mistake, on any wind occasion, amazing flights where performed in amazing directions from Livno. The usual flying direction is Northwest-Southeast following the cloud line. Flights has been made with 1000km distances at most (holding record by Boštjan Pristavec), but the average is between 500-800km of flight distance. The soaring season of Livno is usually 2-3 months over the summer nonstop. Although throughout the year the area has presented huge potential for flying in any month of the year. 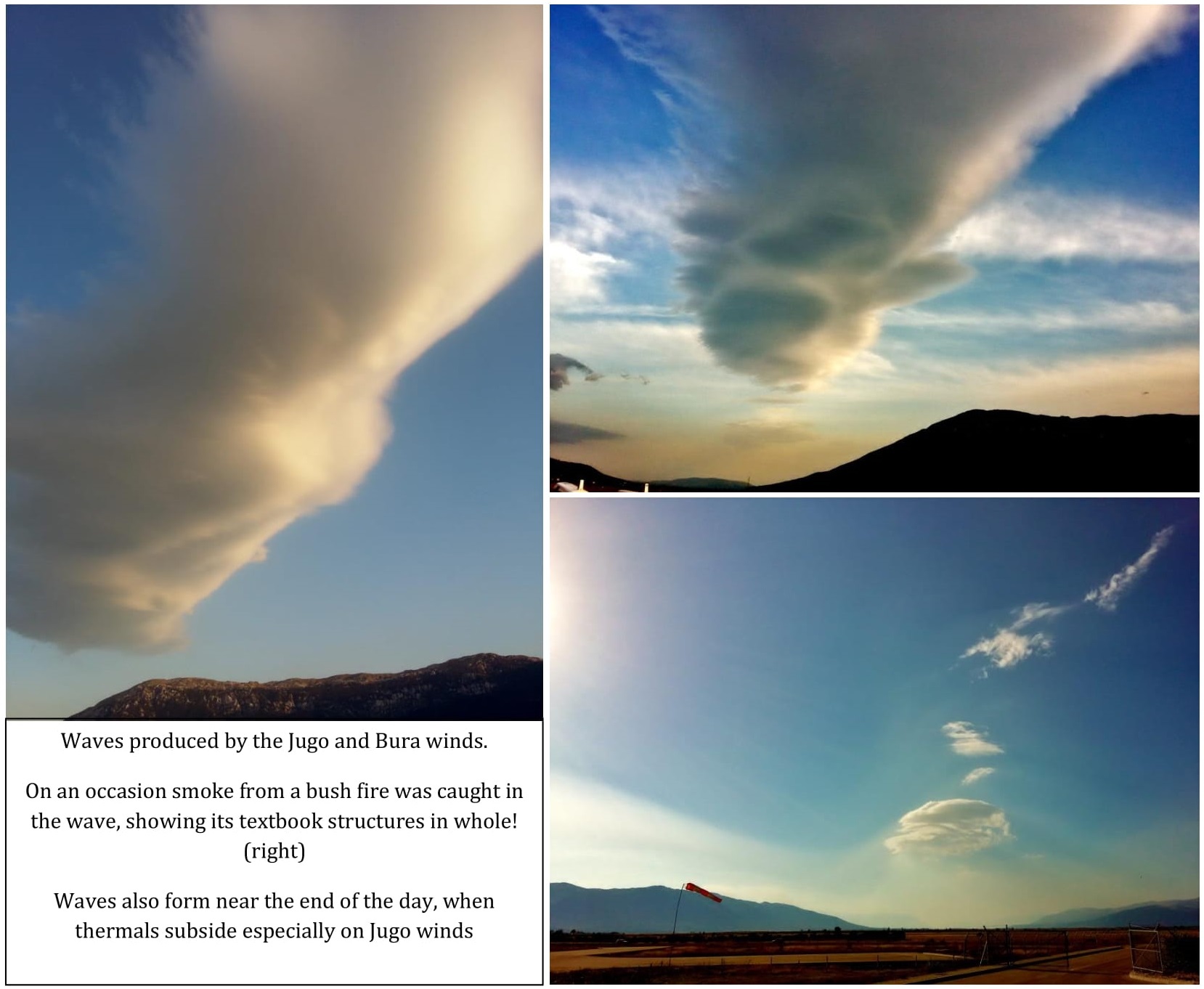 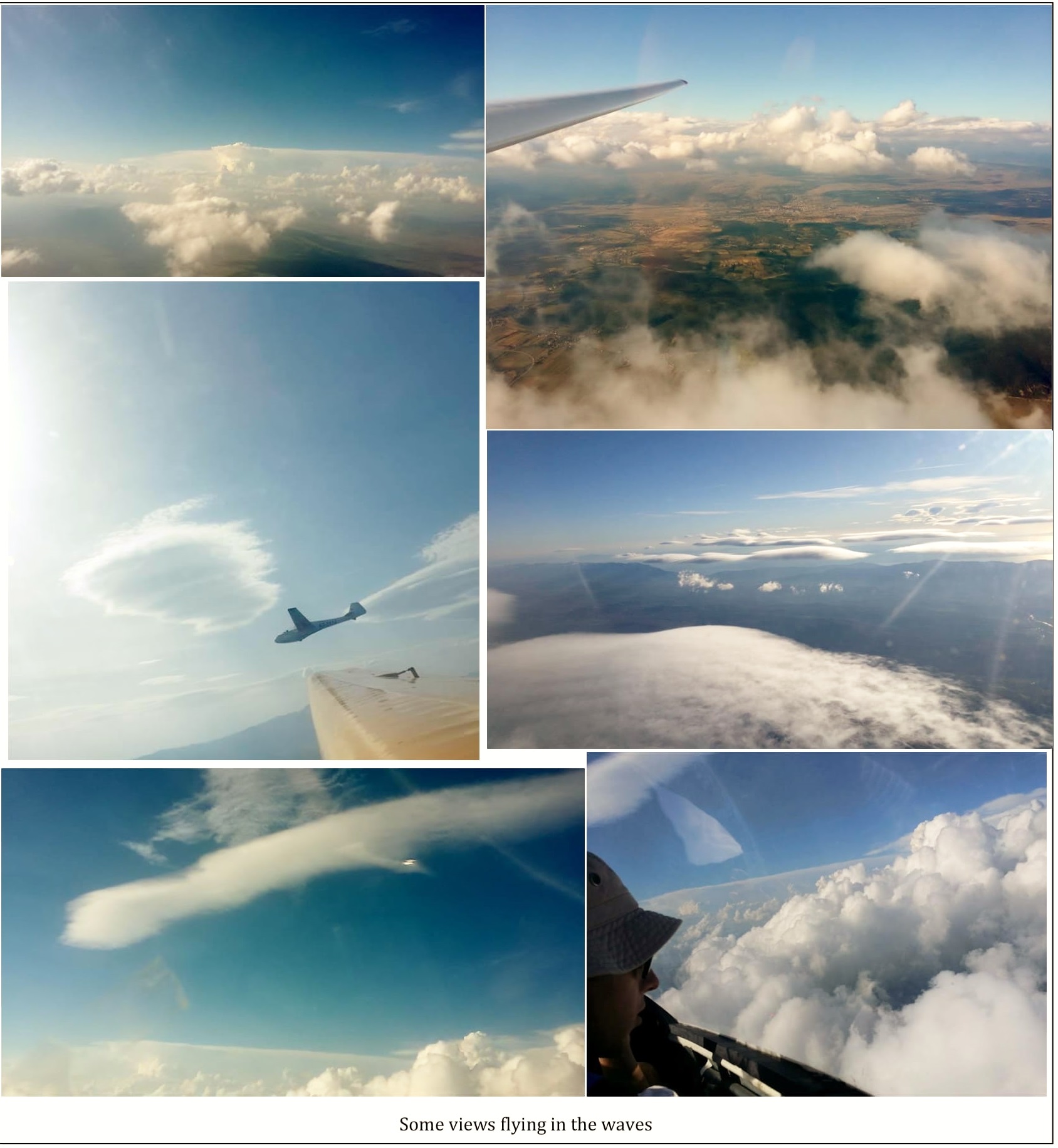 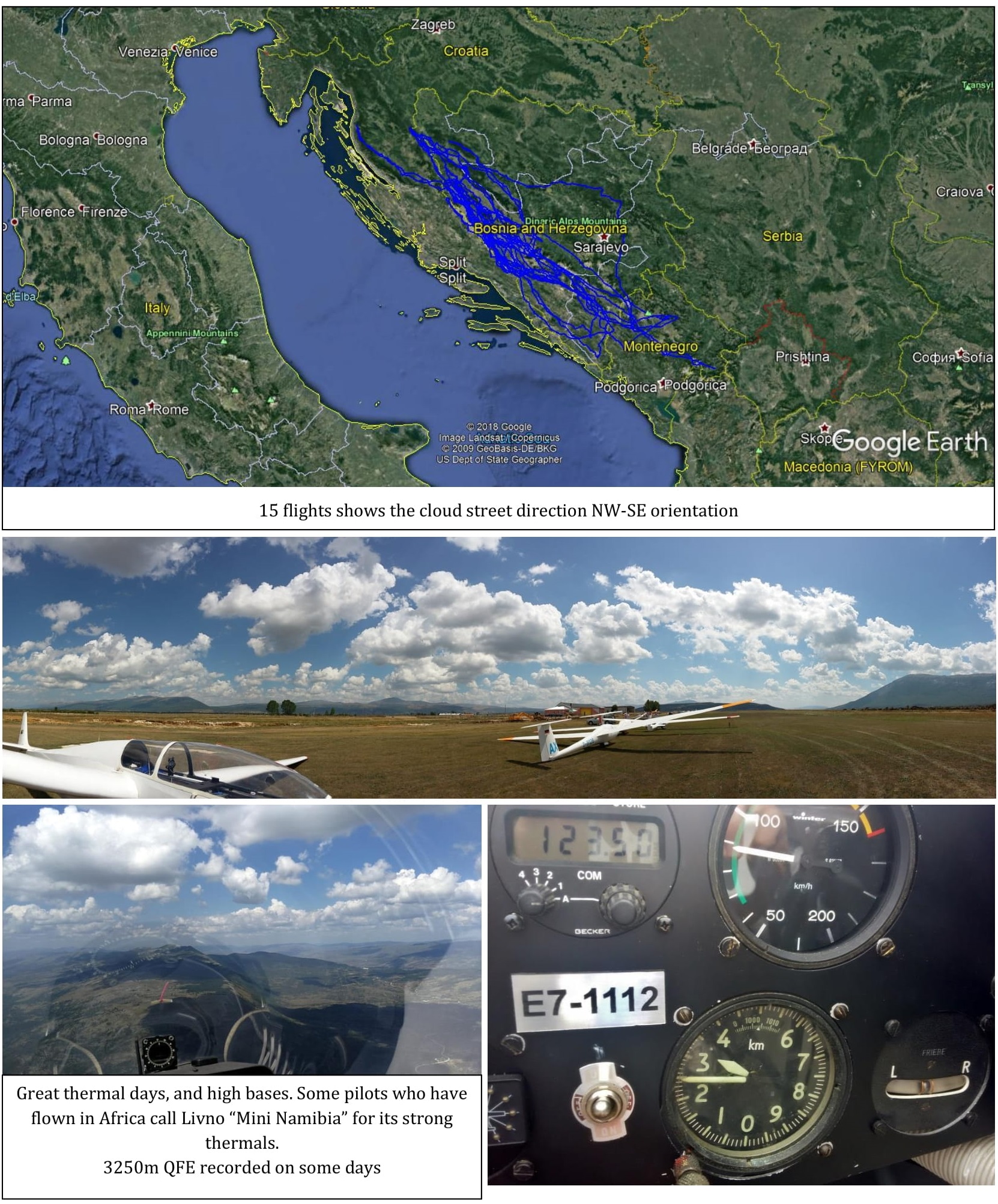 Here is a compilation of photos made by Christoph Hopfner during his 2018 flying season. 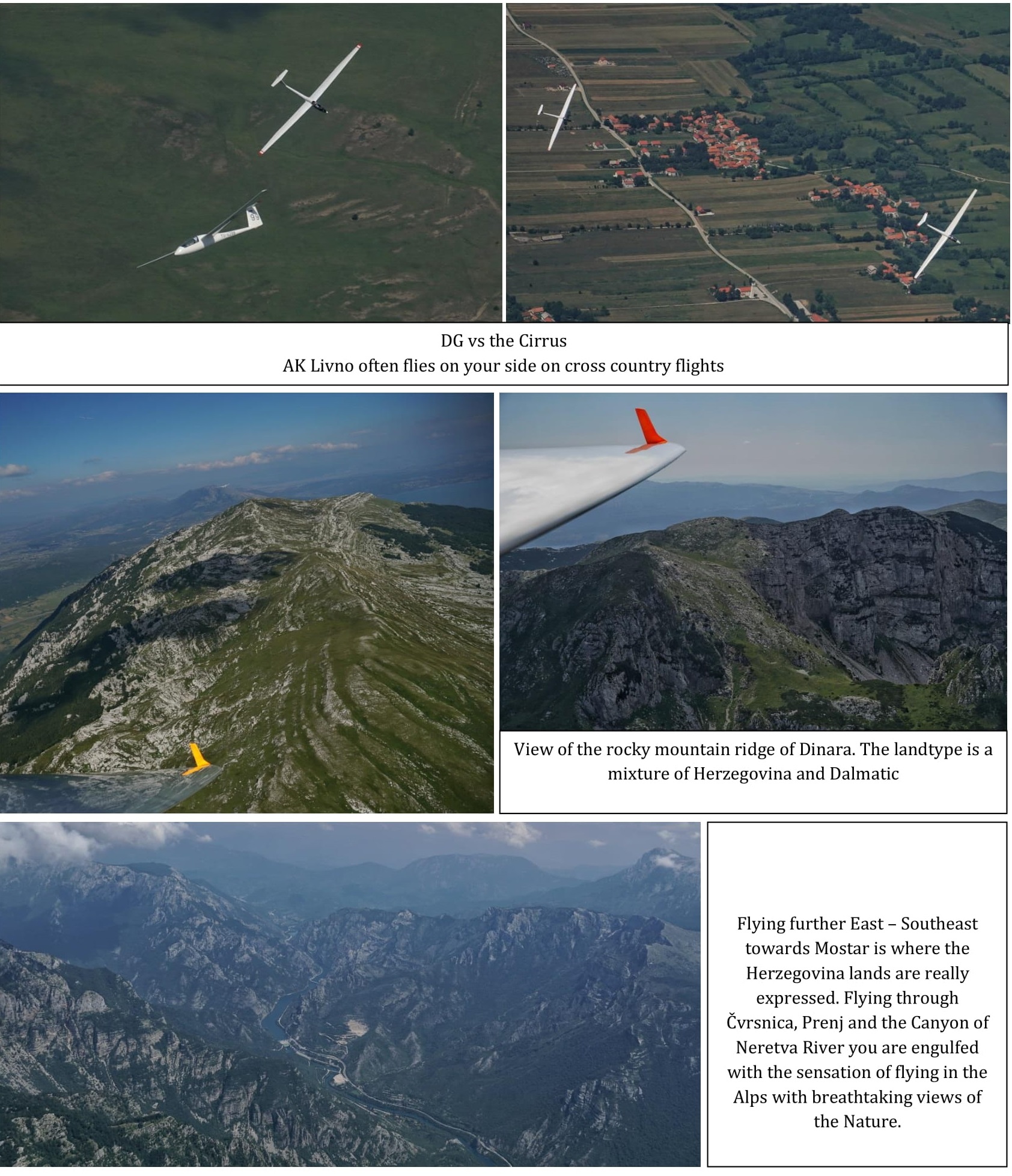 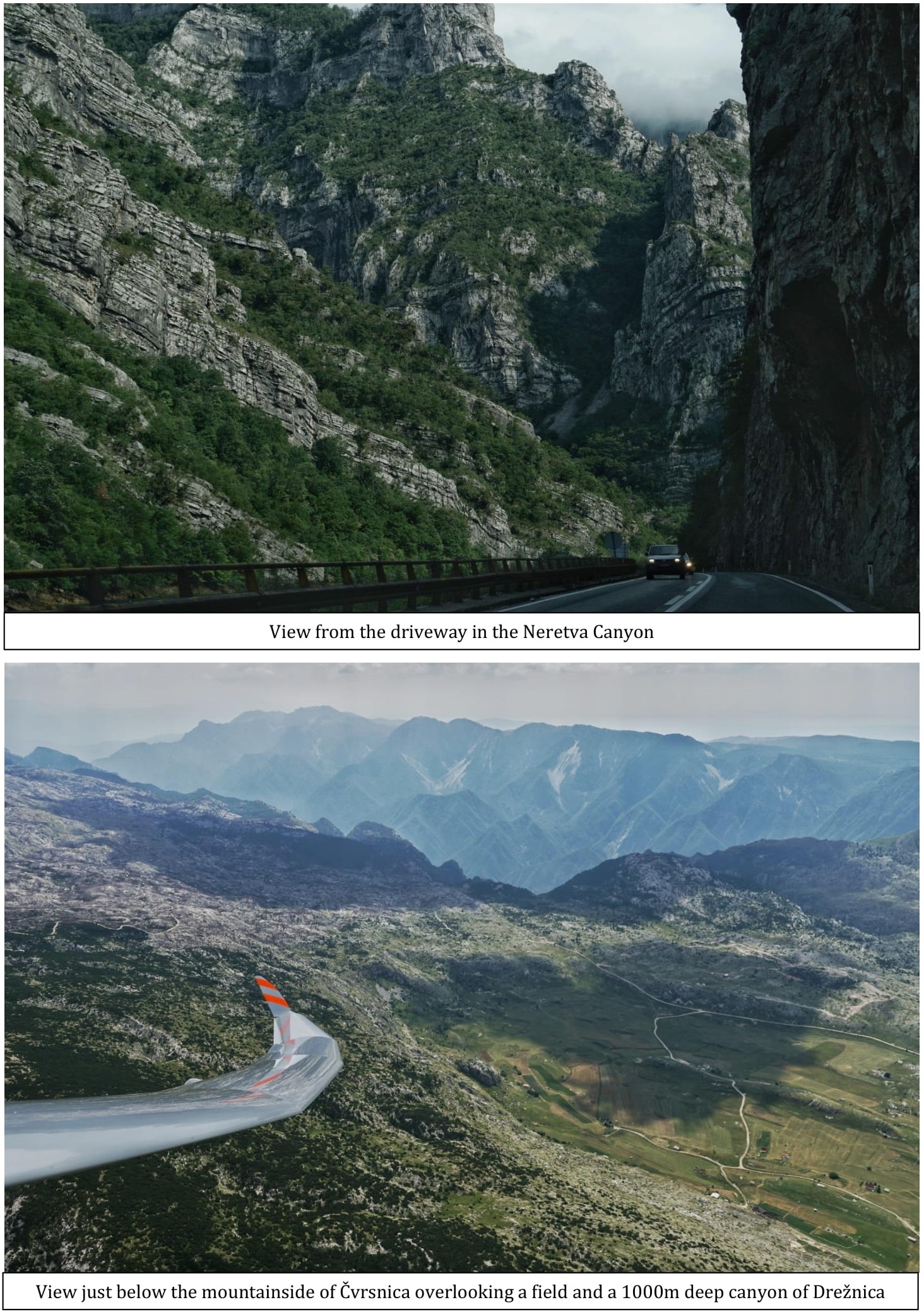 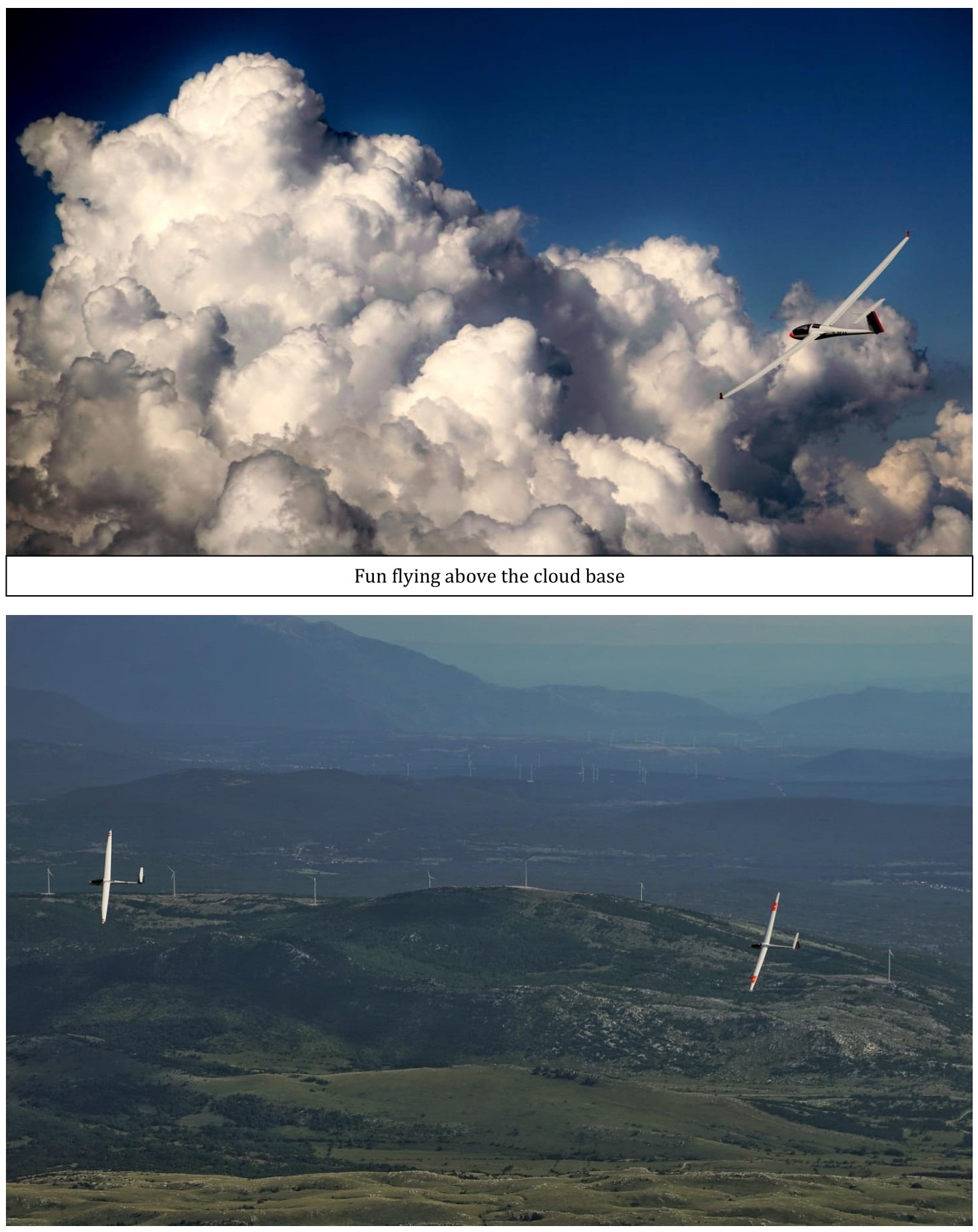 Here is a compilation of photos made by Torsten Lindstadt (Zwerg) during his 2017 flying season. 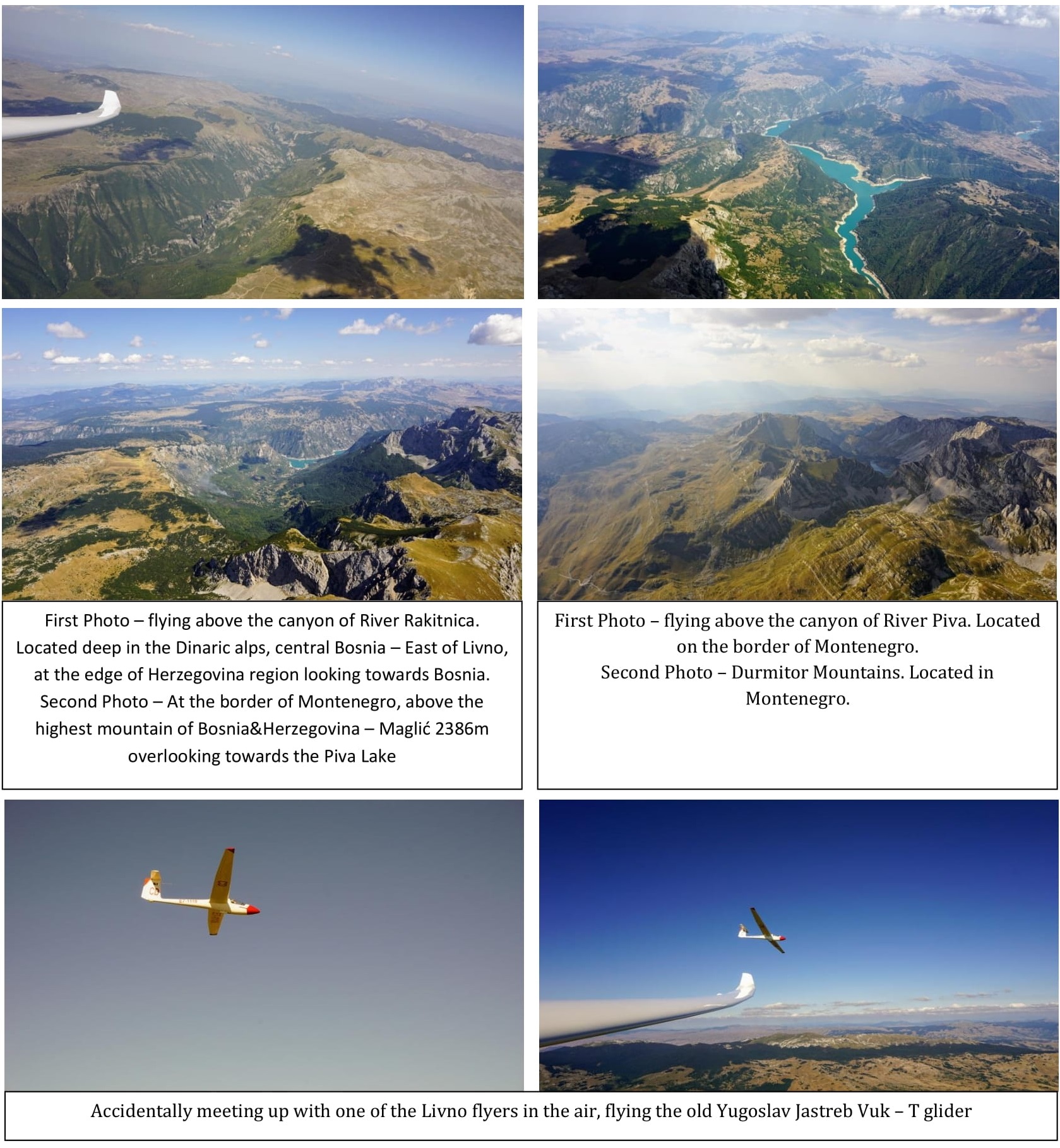 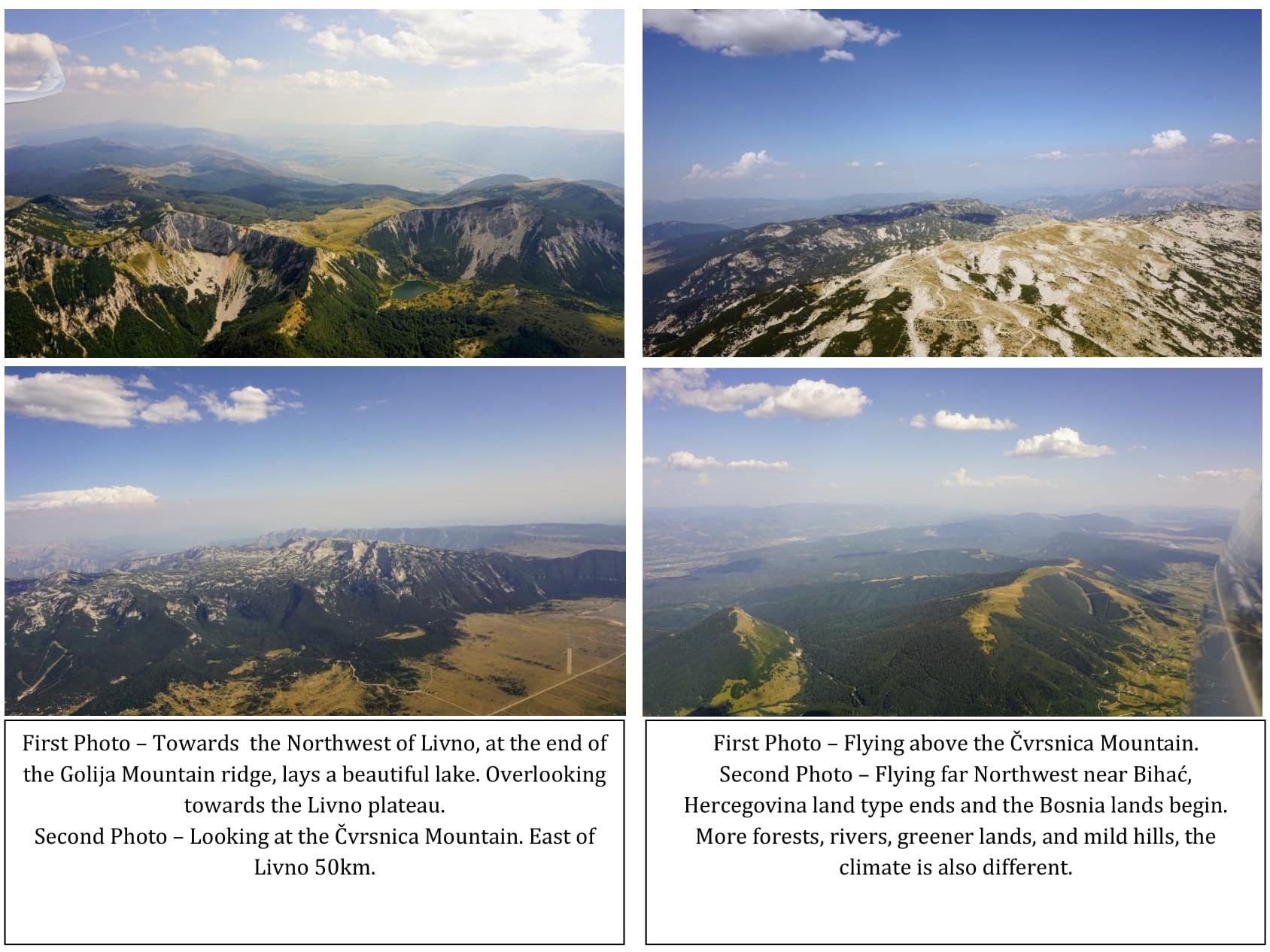 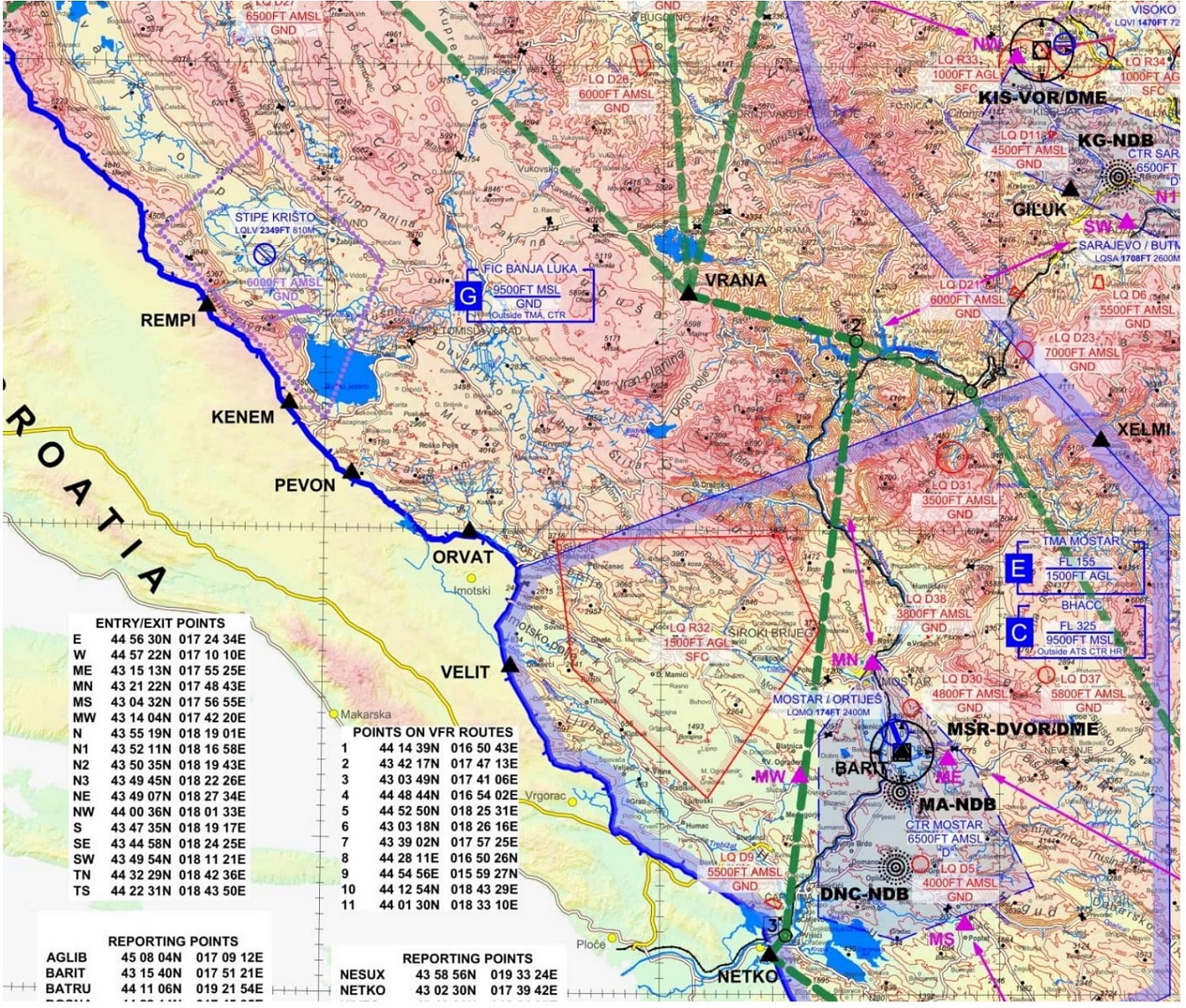 Aside from flying, being on the ground has equal satisfaction, especially at the end of the day. The atmosphere is really friendly and with lots of food and drinks to offer, no matter how the day was. Truly many things are hard to describe, and has to be experienced to understand the awe of the area. The sunsets are always breathtaking! 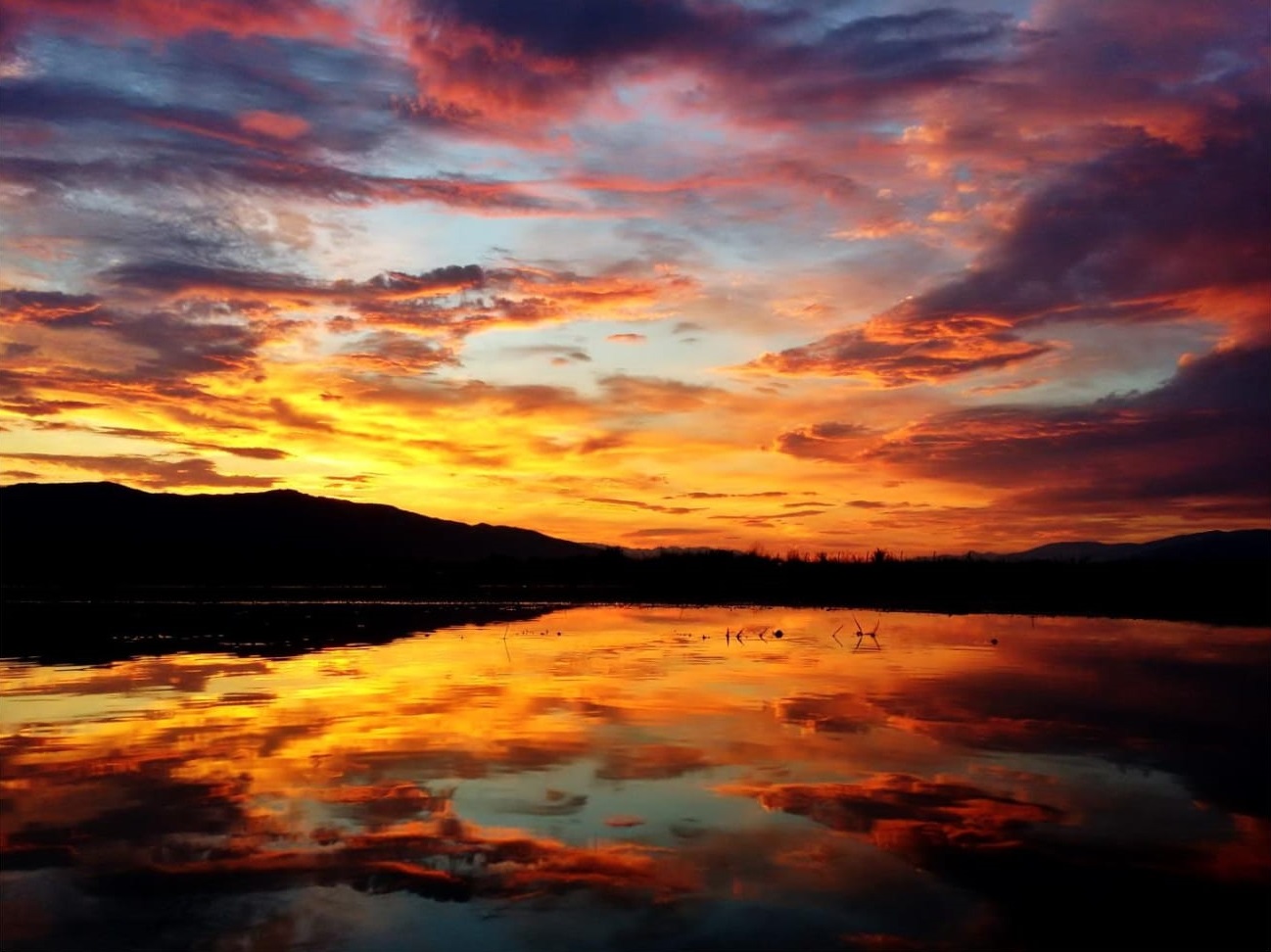 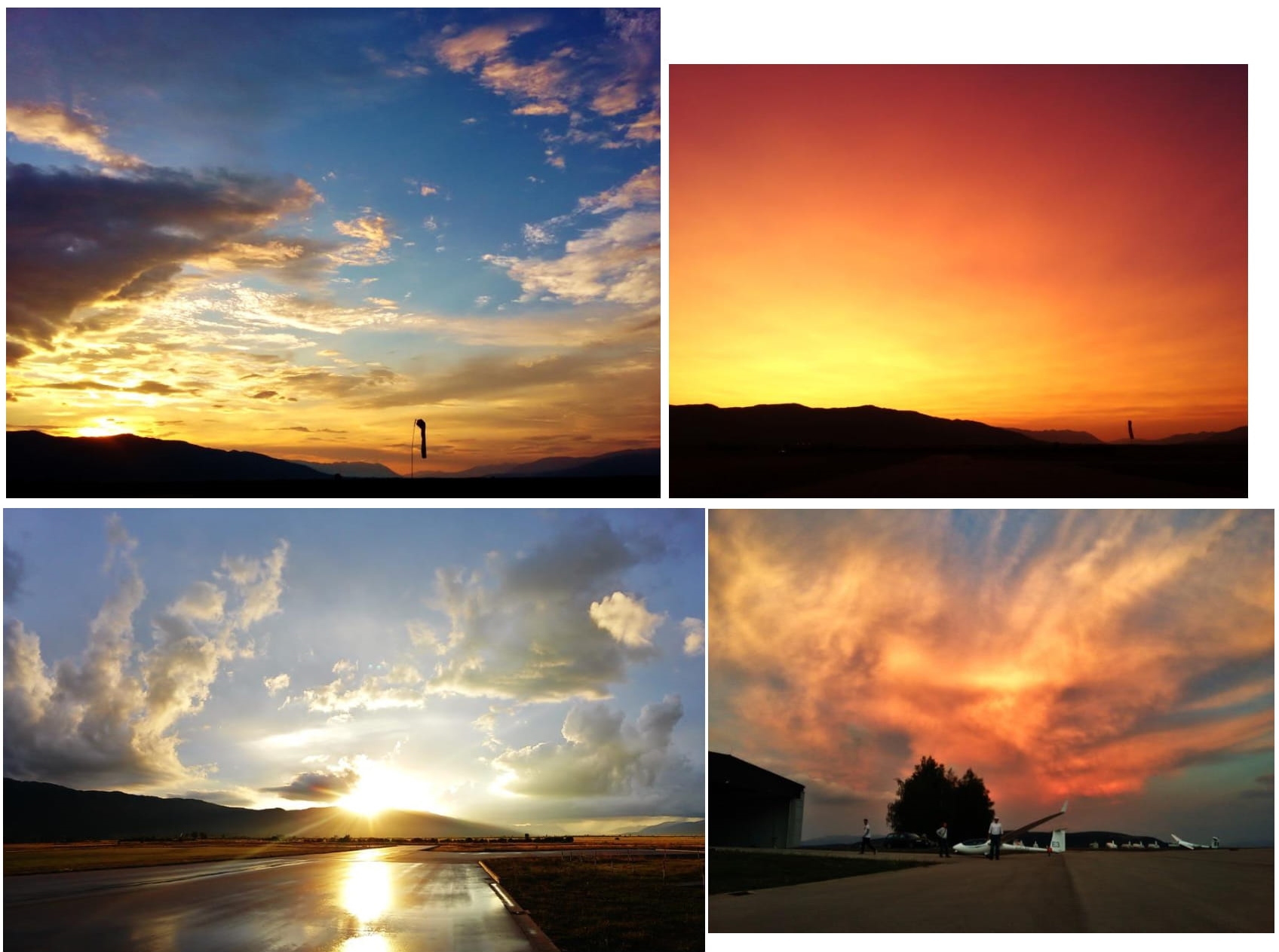 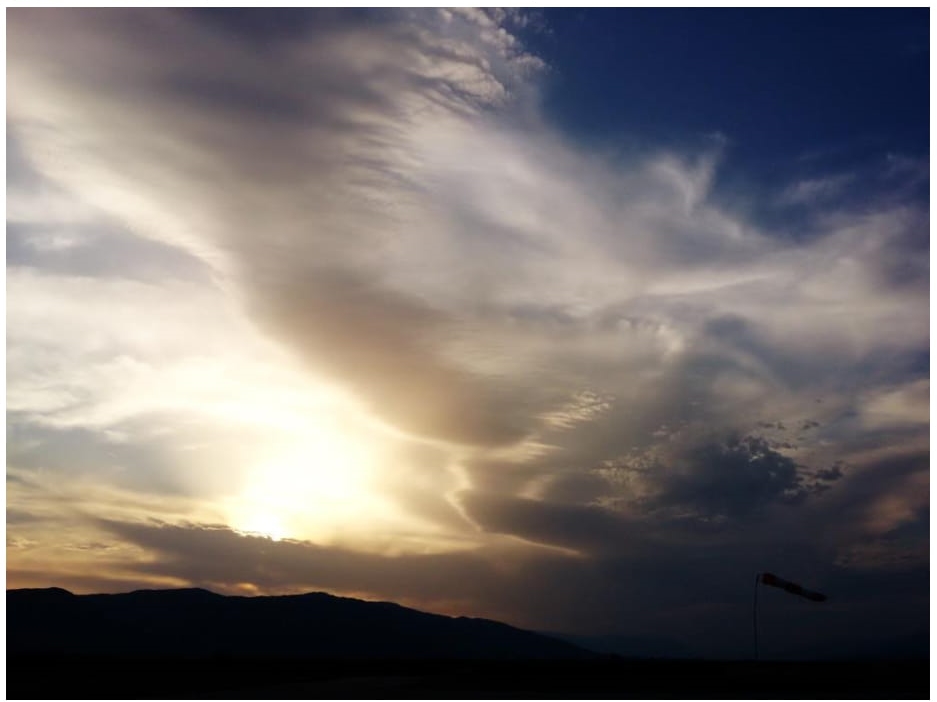 Referring to the Leonardo Da Vinci quote “Once you have tasted flight, you will forever walk the earth with your eyes turned skyward. For there you have been, and there you will always long to return.”
One thing for sure, whoever comes here, and experiences the area in the skies and on the ground, will leave witha delightful memory and a longing to return.